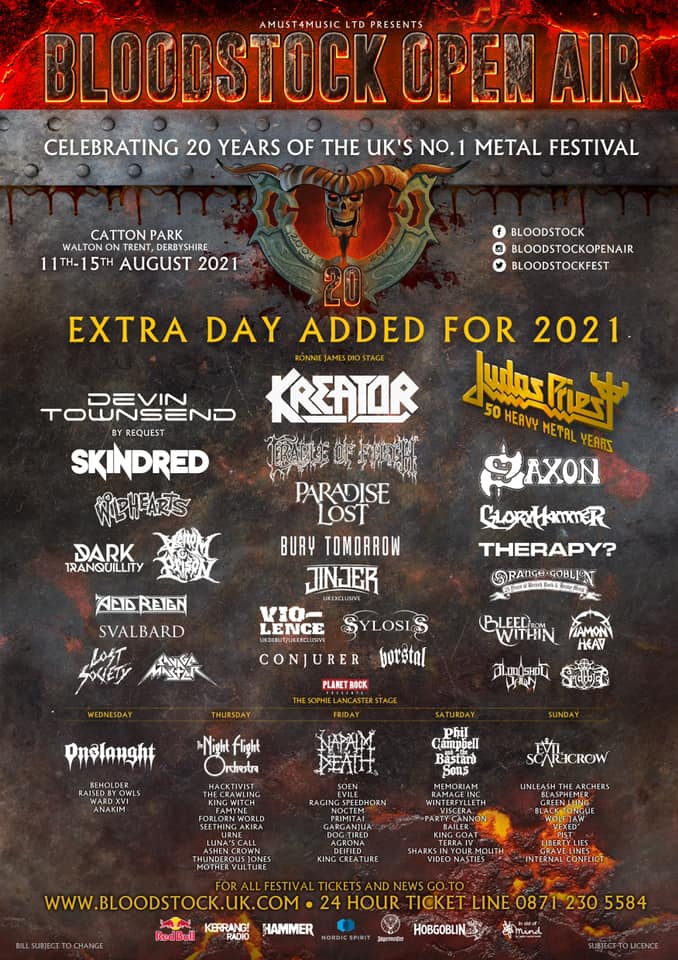 “The Inmates of Ward XVI have had a special bond with Bloodstock Open Air Festival ever since a very early Saturday morning performance in 2017 gained them notoriety throughout the underground community.
When the dust settled following the events of that morning, Psychoberrie’s eyes were widened by the scale of carnage that she had orchestrated, and became obsessively fixated on returning to the hallowed fields of Catton Park to finish what she had started all those years ago and to fulfil her sordid ambition of welcoming the fans of Bloodstock into her Asylum”.
“We’re ecstatic about returning to Bloodstock this year, after such a difficult year or so for everyone, to be part of an opening night which kick starts such an amazing party is a massive honour for us..in particularly as we have been booked on to the biggest stage that we will have played to date which is the Sophie Lancaster Stage (which also has great meaning to us as an alternative band and part of an alternative community that was hit so hard due by her tragic story).
To be invited back due to how positively our music and stage show has been received is a great acknowledgement of how hard we’ve worked over the last 4 years and hopefully the next step on our road to how we aspire to have our music experienced” – Doktor Von Stottenstein