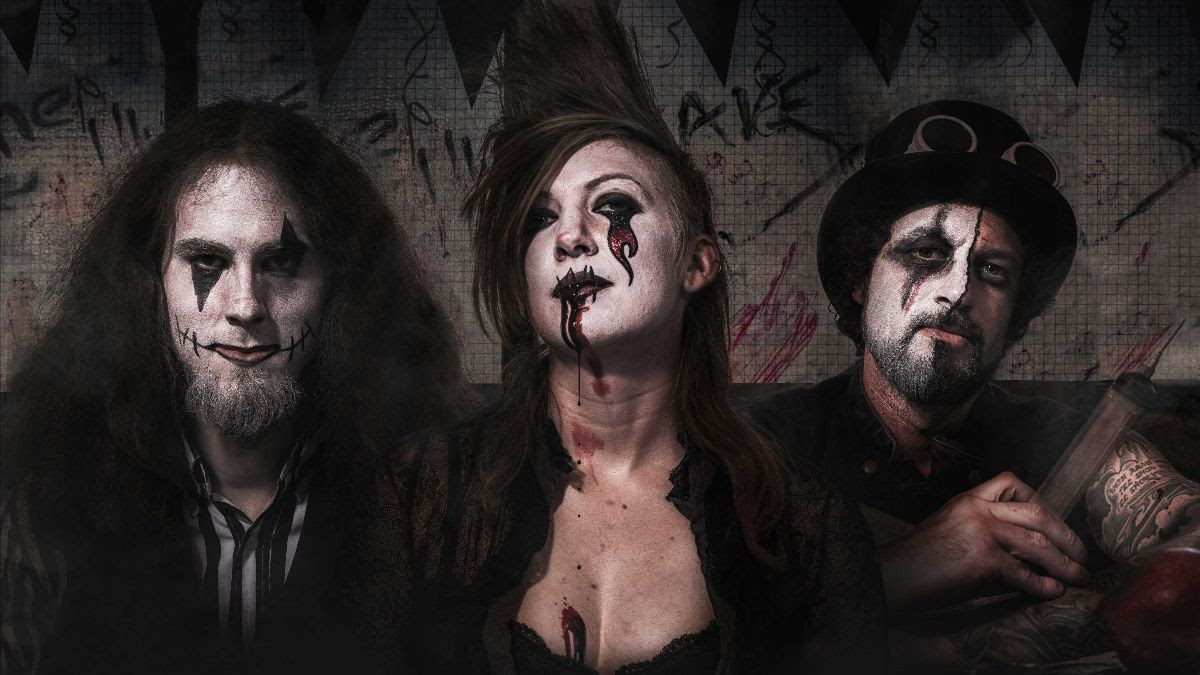 Dare you enter Ward XVI?
**Disclaimer-the contents/ images and story lines depicted within our music is 100% fictional and are not based or inspired by any person or characters living or deceased**
In 2017 the first chapter of a planned trilogy of concept albums, ‘The Art of Manipulation’, introduced you to the sordid story of Psychoberrie- the UK’s most notorious serial killer now incarcerated among the warped inhabitants of Ward XVI.
The album was greeted with critical acclaim with catchy female vocals, hard-hitting metal riffs, off-beat ska rhythms, melancholic piano, jaunty accordions, and a hint of electro.
Each member drew from their own eclectic influences that included Alice Cooper, Iron Maiden, Rob Zombie, Diablo Swing Orchestra, Alter Bridge and Avatar.
2017-19 saw Ward XVI go from strength to strength, gripping UK audiences with their headline ‘Scare in the Community’ tour, a 14-date tour of the UK with Doyle (of the Misfits) and a 10-date UK tour with Red Rum, while also wowing the crowds at Bloodstock, Hammerfest, HRH Metal Meltdown, Amplified, Breaking Bands, SOS and Ragnarok Festivals.
In September 2020, The second chapter of Psychoberrie’s confessional ‘Metamorphosis’, was unleashed. The album received critical acclaim from fans and media alike and claimed a spot in many top 10 album polls of 2020.
This was followed up In December 2020 with the EP ‘Unplugged and Sedated’, as Ward XVI confronted the effects of a Covid-19 ravaged year and responded to the overwhelming demand of their inmates following live acoustic versions of Metamorphosis songs posted online.
In August 2021, The inmates escaped their confines to take Bloodstock Open Air by storm with a show packed full of explosives, monsters and theatrics that received rave reviews from all that witnessed it from within a packed Sophie Lancaster tent, this was followed by an appearance at the legendary London Roundhouse supporting Cradle of Filth which was met with an incredible response.
In December the Inmates finally played their rescheduled Metamorphosis album launch show to a full to the brim Manchester Academy 3. 2022 saw the intensity turned up with a 15 date UK Tour, mixed with main stage appearances at HRH XIV, Hammerfest, Winter Rocks, NWOCR live fest and a support gig with legends Lawnmower Deth.
Ward XVI will soon be working on album 3. 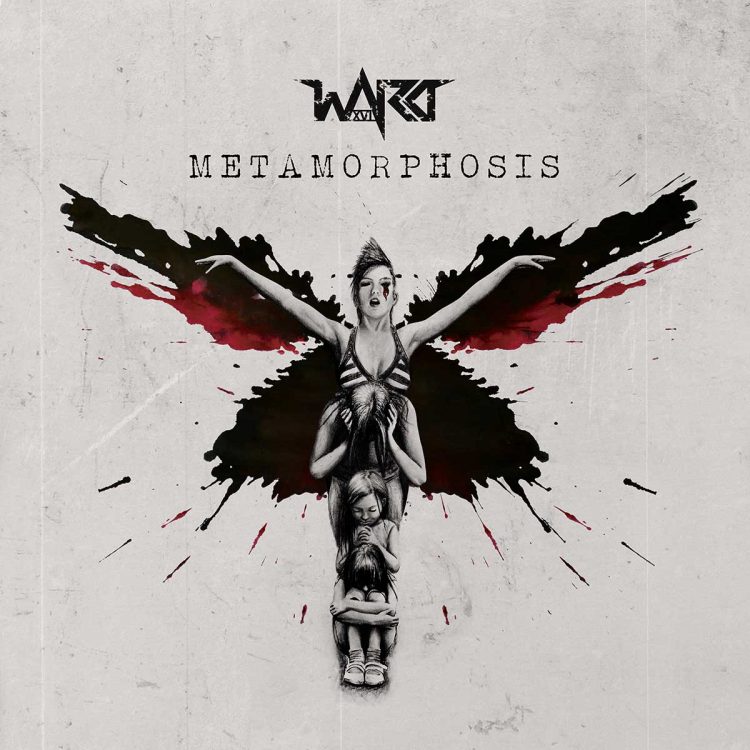 METAMORPHOSIS
A new inmate is tortured mercilessly at the hands of those who keep her. Consumed by a ferocious rage, she succumbs to the comfort of insanity. What emerges from the shadows is more evil and profane than any of her tormentors could have imagined…
‘Metamorphosis’ challenges everything you think you know about the notorious fiend, Psychoberrie. Travel back to the very beginning and ask yourself: is evil born, or made?
A mother’s love, formed in a haze of dolls and daisies, is blackened by merciless addiction. A little girl seeks protection from the broken and abandoned, anything to quell the monster that comes at night. Corrupted by unspeakable cruelty, pious innocence undergoes a malevolent transformation. Experience the elation of a first kill and the debauchery that ensues, culminating in a desperate run from the law.
Manic, tragic, theatrical and at times orchestral, ‘Metamorphosis’ is a carefully constructed musical carousel. Prepare to be enthralled with delicate melodies, malevolent outbursts and high-energy crescendos. Welcome inmates, once more, to Ward XVI.
2021/22 looks to be a crazy one when the Asylum doors are opened, with appearances planned at Hard Rock Hell 2021, HammerFest, in addition to their own UK tour.
The production is more ambitious,  interactive and bombastic than ever before.
Ward XVI are;
Psychoberrie-Vocals
Doktor Von Stottenstein-Guitars/ Vocals
Wolfy Huntsman-Bass/ Vocals
Bam Bam Bedlam-Drums
Rico Rameres-Actor
Mother

WARD XVI ARE PROUDLY ENDORSED BY: